Type the following command into the Terminal window, once you’ve connected via SSH.

If you come across a 404 Error, you’ll likely need to update the package index, and this can be done using the following command.

Whilst you’re already getting the required packages, you’ll need to retrieve the SSL package, SQL database package, and more.

Once you’ve successfully installed the required packages, and have opened up the RVM, it’s recommended that you run a script, just so that you can enable Ruby.

You should now have successfully installed Ruby, and Rails. You can test for Ruby by typing the following command.

If installed correctly, you’ll see a message confirming which version of Ruby is installed, when it was produced, and what it’s using in order to work correctly.

You can also test for Rails by typing in the following command. 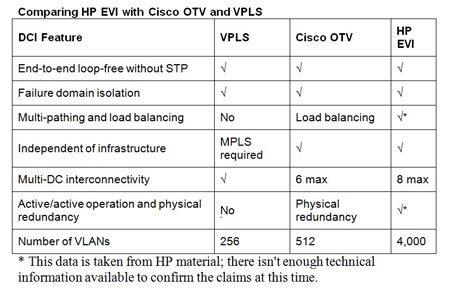 HP EVI is a MAC-over-GRE-over-IP solution. Ethernet frames are encapsulated into GRE/IP at ingress to the switch. The GRE/IP packets are then routed over the WAN connection between the data centers.

Because HP has chosen to use point-to-point GRE, the EVI edge switch must perform packet replication. Ethernet protocols such as ARP rely heavily on broadcasts to function. In a two-site network this isn’t problem, but for three sites or more, the EVI ingress switch needs to replicate a broadcast EVI frame to every site. HP assures me that this can be performed at line rate, for any speed, for any number of data centers. That may be so, but creating full mesh replication for n* (n-1) WAN circuits could result in poor bandwidth utilization in networks that have high volumes of Ethernet broadcasts.

OTV also supports the use of multicast routing in the WAN to deliver a much more efficient replication of Ethernet broadcasts in large-scale environments. Instead of meshing a large DCI core, a Source Specific Multicast (with good reasons) should be more efficient for multiple sites. Badly designed applications, such as Microsoft NLB, will be much more efficient using multicast.

For many enterprises, MPLS is not a consideration. MPLS is a relatively complex group of protocols that requires a fair amount of time to learn and comprehend. However, building mission-critical business services that aren’t MPLS is really hard. Service providers can offer L2 DCI using their MPLS networks with VPLS. Operationally, enterprise infrastructure is diverse and customised to each use case. Service provider networks tend toward homogeneity and simplicity because of the scale.

Some enterprises will buy managed VPLS services from service providers. They will also discover that such VPLS services are of variable quality, offer poor loop prevention, and can be expensive and inefficient. (For more, see the above-referenced report.) This is what drives Cisco and HP to deliver better options in OTV and EVI.

Connect your ESP8266 to your computer.

Open your Arduino program/IDE and paste the following code:

Xenserver network performance can be a little unoptimised out of the box compared to products such as VMware, but there are a few easy steps you can take to bump up the speed.

If you notice a drop in network performance you can do a dump of the network traffic to see if you are getting checksum mismatching/checksum errors then you can manually disable TCP checksum offloading for the hosts network adapter.

To create a dump run this command:

The main line here you are looking out for is “incorrect (-> 0x6e35)”. This error is showing that checksum is failing to receive, which means that the server is having TCP offloading issues. This can be easily fixed by identifying what has been marked as active on the network interface card for offloading. If you have multiple NIC’s you will need to do this for each one:

Depending upon your NIC vendor, names of these processes may vary. Some vendors do provide additional offload processes.

Now you can run below script to disable TCP offload:

In ESXi 4.x and above, you can use the k command in esxtop to send a signal to, and kill, a running virtual machine process.